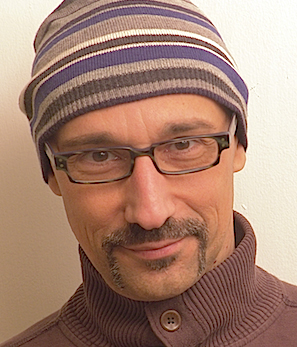 Pedro Cuni-Bravo is a Spanish artist settled in New York, specializing in murals and portraits and encaustic and oil paintings. He teaches in Parsons and Cooper Union, universities in New York City. The militant condition of craft painter comes to Pedro Cuni-Bravo of family traditions: formed in the workshop of his father, the muralist Jose Cuni, but then graduated from the Faculty of Fine Arts of Madrid. He was also assistant to his father in the decoration of the domes of the Academy of Jurisprudence and the Goya Hall of the Casa de las Siete Chimeneas in Madrid. And his father also introduced him to investigate the forgotten art of Greco Roman encaustic and Renaissance formulas of fresco. As a result of such training, Cuni-Bravo, since he settled in New York City in 1993, has had assignments as interesting as the murals for the New York City University, the restoration of the paintings of the State House in Trenton (New Jersey) or the assistance in the restoration of St. James Theatre in New York and in the murals of Venetian Palace Hotel-Casino in Las Vegas, Nevada.

This has made the technique of encaustic and architectural topics also central in his easel work.

Much of the effect in Cuni-Bravo's paintings is due to his sensitivity to light: to that impression of inner luminosity, of blaze, of transparent clarity obtained by blur, by superposition of paint layers, without the above one hiding completely the below one. This effect of light coming from the background of the painting cushions with the matte tones that the artist obtains from the techniques used: encaustic painting.